You may have heard that pesticides aren’t good for you, but perhaps they are something you haven’t really thought about, until…. You do a little research and then you suddenly understand exactly what you are consuming! Eeeeeek!

Pesticides are used during the farming process of organic & nonorganic fruit and veg to enhance their growth, protect produce from bugs and prevent weeds from growing. There are way more scientific reasons why they are used, but in a nutshell here is a quick explanation below.

What happens to the pesticides?

Pesticides which are used in agriculture can often leave detectable traces of chemicals in, or on, our food known as ‘residues’. The residues detected on a food item will depend on which pesticides have been used and how persistent they are, in other words, how long they take to decompose.

The ‘Dirty Dozen’: UK Government testing reveals alarming levels of pesticide cocktails in fruit and vegetables.
New official figures published last week show which UK fruit and vegetables are most likely to contain cocktails of potentially hazardous pesticides. These are known as ‘The Dirty Dozen’, the list of the
twelve worst offenders was topped by strawberries with almost 90 percent of those tested by the UK Government containing residues of more than one pesticide.

Lemons and pre-packed salad leaves came a close second and third, with pesticide cocktails found in more than 80 percent of tests.
Individual samples were found to contain the residues of anywhere up to 14 different pesticides.

Here is what makes up the dirty dozen…

How do these effect our health?

The Dirty Dozen was found to contain the residues of 127 different pesticides, many of which have been linked to serious health problems including cancer, birth defects and reproductive issues such
as infertility. More than a quarter (28%) of these pesticides are currently banned for use in the EU due to concerns over their negative impact on human health or the environment.

Iprodione which has been linked to cancer, and chlopyrifos which has the potential to harm the brain development of foetuses and young children.

Myclobutanil – is a fungicide used to combat powdery mildew, apple scab and rusts. It is a suspected EDC and developmental toxin and was found on strawberries, grapes, peaches & nectarines and peppers.

Pyrimethanil – is a fungicide used to treat a range of problems on fruit and vegetables. It is a possible carcinogen, suspected EDC and developmental toxin. It was found on strawberries, lemons, pre-packed salad, grapes, peaches & nectarines, apples, chilli peppers and beans
with pods.

Fludioxnil – a fungicide most commonly used post-harvest. It is thought to be an endocrine disrupting chemical (EDC) and was found on all of the Dirty Dozen produce with the exception of chilli peppers.

PAN UK’s analysis shows that just under a third (32%) of all food tested by the Government in 2019 (which included meat fish, grains and dairy) contained multiple pesticides. When looking just at fruit and vegetables that figure rose to just under half (48%), while for fruit alone it was over two-thirds (67%).

The data also reveals worrying levels of pesticide cocktails in grains, with 94% of oats and 27% of bread containing multiple residues.

High percentages of grains and cereals consumed in the UK contain residues of glyphosate. Glyphosate is the world’s most ubiquitous herbicide and is used widely on UK arable crops. It has been classified as a ‘probable human carcinogen’ by the World Health Organisation and has been
linked with the development of the cancer Non-Hodgkin’s Lymphoma, most recently in a number of high profile court cases in the US. According to UK Government figures, the total area of cereals treated with glyphosate in the UK has increased by more than ten times from 161,000 hectares in
1990 to 1.75 million hectares in 2016.

So what can you do?

It can be expensive to buy all Organic food, especially if you are a large family. This is why the dirty dozen list is very helpful. You can use this list as a guide which helps you prioritise what fruit and veg you buy organic and what veg you don’t.

The research has been done for you, now it’s up to you to make the change. If you want to find out more about other health associated risks. Click the link below.

You may also enjoy:

This site uses Akismet to reduce spam. Learn how your comment data is processed. 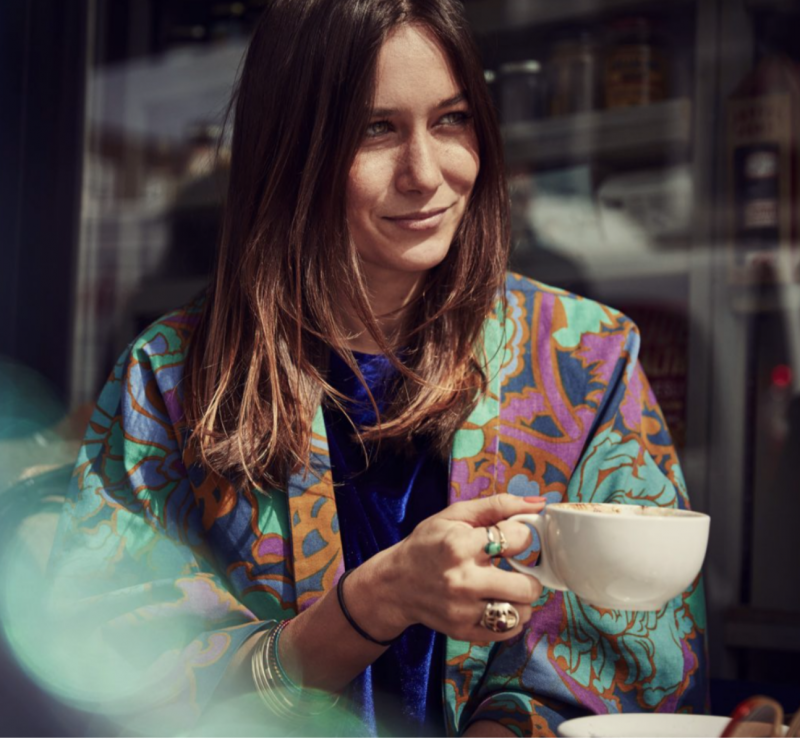 Welcome to Sounds Sustainable my Mindful Living blog! This blog is written by myself, Nicole! I am an Integrative Nutritional Health Coach & Detoxification Specialist and I currently run an Integrative Health & Wellness clinic online called Mindful Living by Nicole. I’ve always had a curious nature, and during the last ten years I became fascinated with knowing where my clothes came from, or what chemicals were in my beauty products but most importantly, what I could do right now, to make small changes that would have a significant impact in the future of my health and the environment. Along my journey, I have discovered so many exciting brands with a sustainability ethos, which made me want to share my discoveries, with the intention to promote a more sustainable and holistic world. Though the eco voice is certainly getting louder, I wanted to compile these exciting products to one, eco-friendly, conscious, ethical and sustainable hub! Alas, welcome to Sounds Sustainable! This isn’t a blog of preaching, my goal is simply to share the best eco brands, holistic health tips, recipes, wellness tips, and interesting information around holistic health, helping you, in however way you like, live a more conscious lifestyle.

If you want to find out more about my wellness clinic and the coaching programmes I offer then visit my website (link below) or scroll down for more info. X